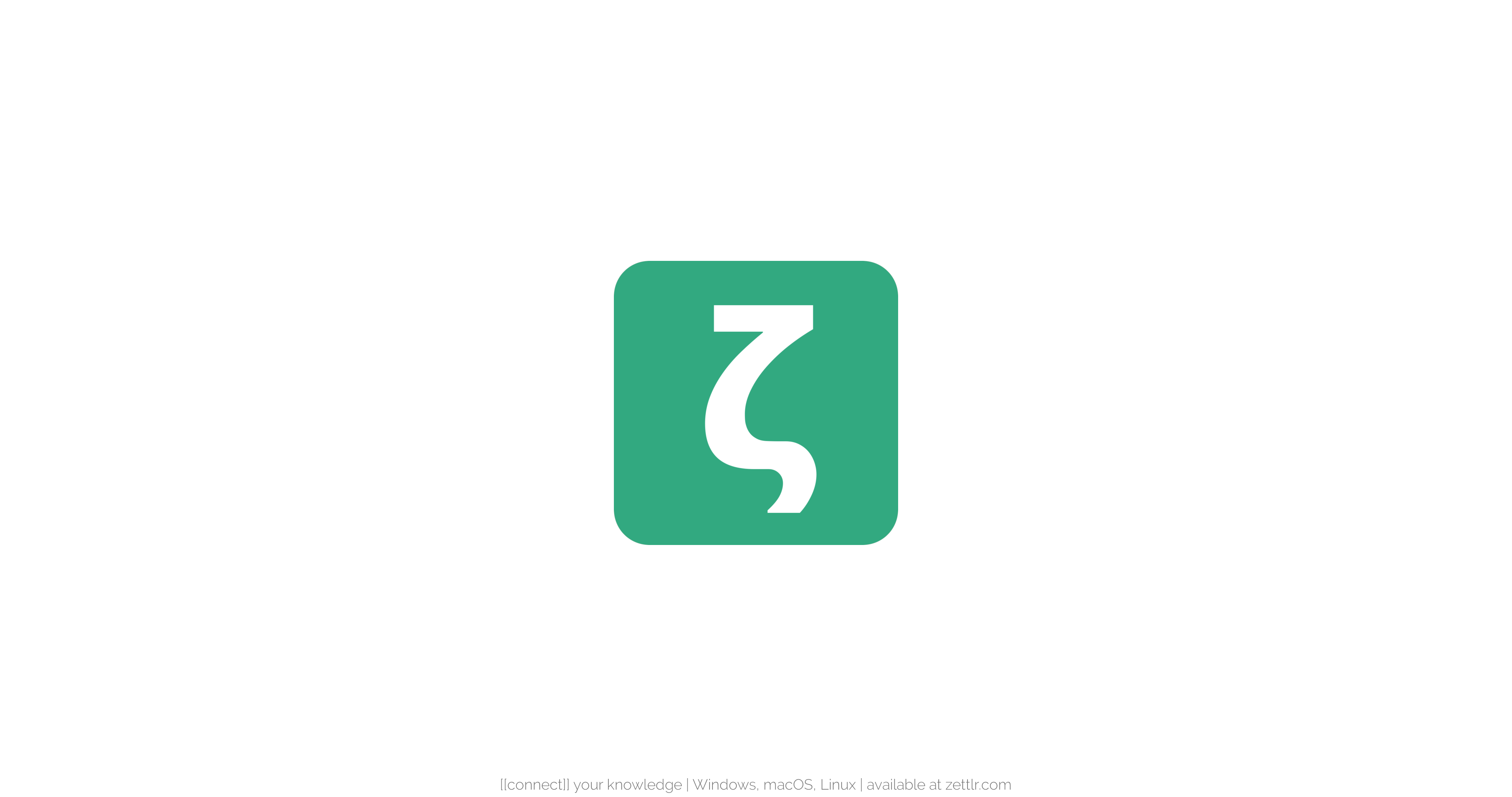 Posted in Announcements, Releases on July 03, 2020

After the long wait, we are happy to finally announce that Zettlr 1.7 has just been released! Read more on the numerous features, improvements, and fixes that we integrated into the new version!

Posted in Announcements, Releases on July 03, 2020

But Zettlr 1.6 not only breaks the record in beta releases, but also in terms of Changelog length. The list is even longer than the list of changes we introduced in 1.5, so let’s quickly go through some of the most exciting news!

Remember when we wrote these lines back in March, when 1.6 was released? We just copied that statement over, because exactly the same holds true for 1.7.

What a ride that was. When we announced the work on 1.7, which would include a full rewrite of the underlying file system abstraction (the ominous FSAL you might’ve seen us mentioning occasionally) we expected to manage that, but not much else. And, what can we say? The changelog for 1.7 once again breaks all previous records of length! Apart from some necessary internal stuff that you won’t really see, a lot of visual changes have made their way into the app.

So while this announcement cannot even begin to try to include all the changes, what we’ll instead try to do is announce the more general changes that you can expect for this version. So let’s go!

Let’s begin with the obvious hidden stuff. The main aim of 1.7 was a rewrite of the file system, which sat at the core of the app for the past three years, and which was completely based off a StackOverflow-answer (probably this one), as so many things in modern software applications. Why was this rewrite necessary? Well, it would’ve worked fine for the next iterations, so much is sure. But it wasn’t scalable. What “scalability” always refers to is the ability of an application to receive new features with ease. An un-scalable software therefore makes it much harder to add new features. Zettlr hit such an impasse in the past year, and as the ability to load files into the application is a core feature of Zettlr, having this central thing not being scalable was simply not an option.

What the changes bring for you is visible when you first start 1.7. We were already able to use the rewritten logic to implement quite some new cool features that were long planned.

The new FSAL allowed us to implemented more than one opened file — you can now open more documents in tabs and quickly switch between them using shortcuts. Additionally, the overall file management is much easier, and the app should start even faster than previously, because we also added caching to the app. Our internal tests show that this reduces the start up time for the app by up to 95 % once the cache has been filled. The first start will in fact be slower than each start of 1.6, but after that you will certainly notice the increase in speed, especially on computers with less computing power.

Polyglot Syntax Highlighting and Improvements to the Editor

Apart from this rather niche feature, we had the ability to spend a lot of time with the editor itself. Because we had to re-arrange how some things work due to the ability of opening multiple documents simultaneously, we used the opportunity to stuff a lot of improvements into the rendering modules, the shortcuts and the display modes.

But changes were not confined to the editor instance. The whole rest of the user interface received a face lift as well. Context menus have been fixed in a lot of places (for instance, you finally have a context menu on directories in the file list!), we have exchanged almost all icons with much better looking ones, and many UX elements have received some special attention to make them fit much smoother into your day-to-day writing experience.

This also includes a new theme — Bordeaux —, which was envisioned by Arthur Perret and generously donated to Zettlr. It features a lot of elements that have been inspired by sound typographic thoughts and Tufte CSS. The other themes have also received some updates, and you will notice that the dialogs now also respect the dark mode setting, making them less stressful on the eyes in extremely dark environments (always remember to turn on a bright lamp in the dark in either case! ;)

And for the new users among the Zettlr community, there’s also good news: We finally managed to integrate a first start guide for the new adepts of Zettlr!

Attention: There are also some breaking changes in the application, so if you’ve used previous versions of Zettlr, prepare to change your muscle memory a little bit!

A new Homepage and some Wallpapers

Somewhat unrelated to the app: Because working on the app is not enough, we managed to perform a small relaunch of the website, which now looks more modern and we finally got rid of the boilerplate template. Feel free to look around!

And if you want to give your computer the Zettlr-feeling even if the app is not running, we have made available some of our video backdrops and transition-cards as well as some specifically designed 4k-wallpapers available on a new page!

As we mentioned previously, the changes do not stop here. The Table Editor has received many updates, vim and emacs insertion modes have been implemented for the few experts that know how to use these systems, the support for non-western languages (especially those written in RTL direction) has been heavily improved, as well as the dragging and dropping of files, links, images — albeit we were unable to include a fix for your cat dropping itself onto your keyboard.

Additionally, finally the long-awaited fixes to the library loading arrive, the editor is much more robust towards unexpected user behavior (while writing this, we realized that this sounds way more rude than anticipated) and handles more situations better.

All in all, Zettlr 1.7 is a surprisingly heavy update, and really makes up for the wait time of four months. We hope that this update increases your productivity yet again and will spark joy on your desk! In the meantime, we’ll treat ourselves with some direly needed vacation and would like to wish you all the best for the upcoming holidays in July!

Do you enjoy Zettlr? We would like to encourage you to support our development over at Patreon or PayPal to cover hardware and software expenses as well as the occational coffee. Even a symbolic dollar per month will keep Zettlr free for everyone.