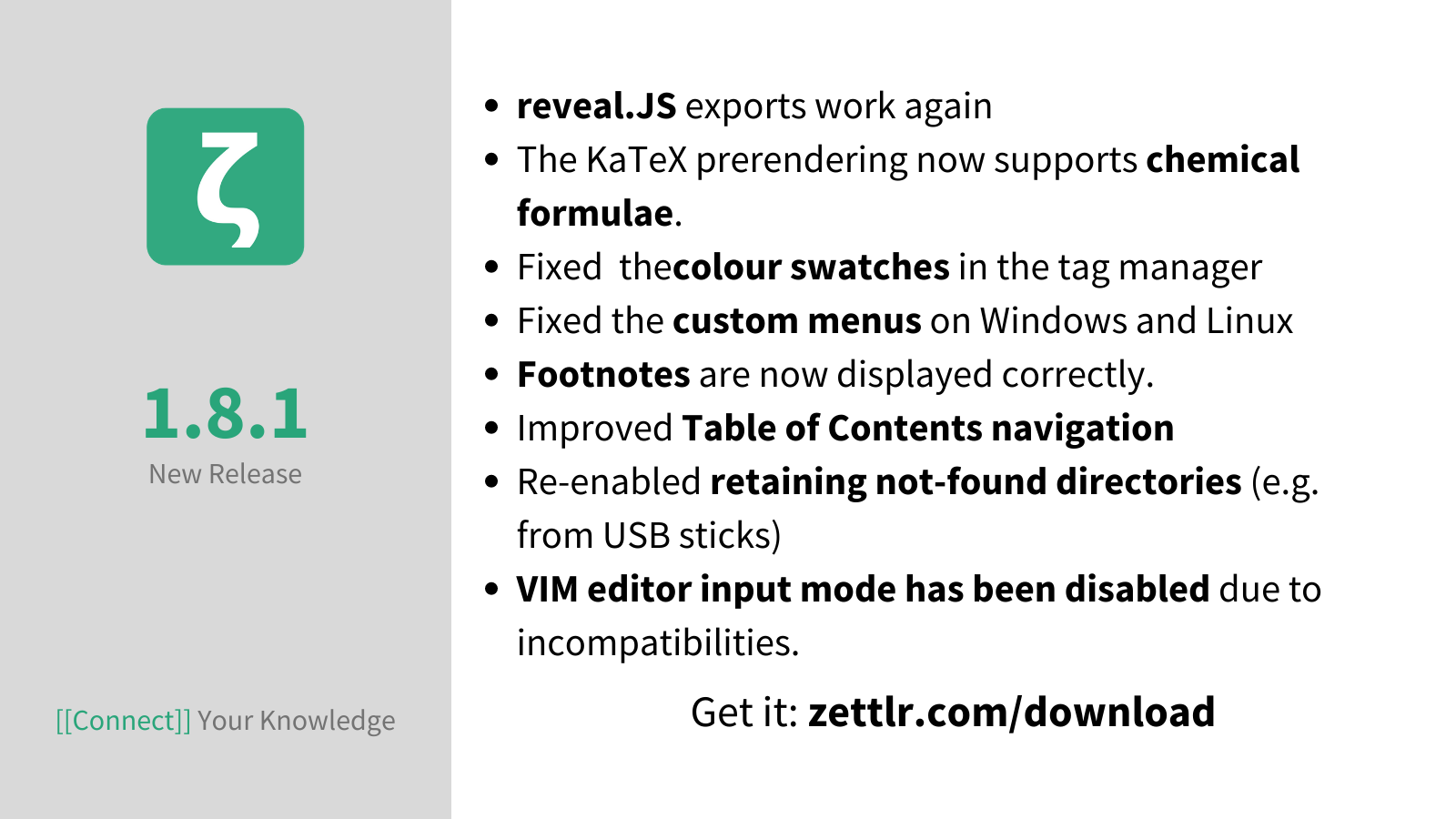 Posted in Announcements, Releases on December 04, 2020

Posted in Announcements, Releases on December 04, 2020

Today marks the release of the first patch to last week's 1.8.0 release. It fixes the inevitable bugs that every software experiences after a bigger update, so this makes the application even more stable.

There's not much to report here, as there were rather few bugs that we've addressed in this patch. Only one thing should be noted: Apparently, some installations are unable to pick up the existence of the new update automatically, so you may have to install the update manually. But this is not at all a bigger problem, as you can simply use and install the update from our download page.