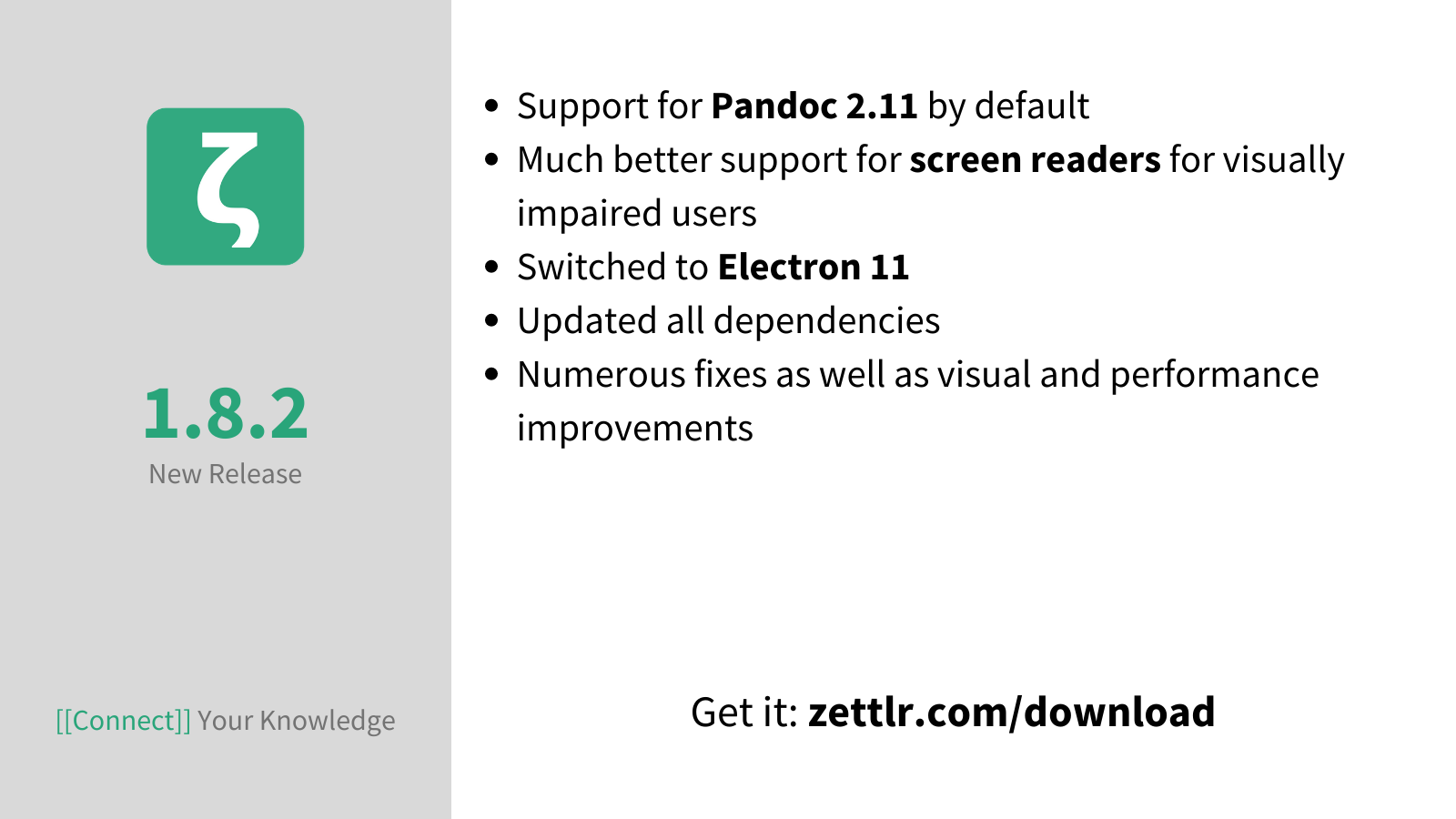 Posted in Announcements, Releases on December 13, 2020

The second patch for Zettlr 1.8 has just been released. There are numerous improvements, including a much better support for screen readers. Read the announcement to know what's been improved!

Posted in Announcements, Releases on December 13, 2020

The second patch for Zettlr 1.8 has just been released. It includes a lot of fixes and performance improvements, so the experience should be even faster now. Make sure to check out the full changelog to know what has changed!

The default Pandoc command now targets Pandoc 2.11 and above. In order to use the new command, make sure to "reset" it once, or (if it contains customisations) replace $citeproc$ with --citeproc --bibliography "$bibliography$" $cslstyle$. However, you can retain compatibility with older versions by replacing the new part --citeproc with --filter pandoc-citeproc. The new $bibliography$ variable will be replaced with /path/to/your/library.json. Furthermore, the $cslstyle$-variable will be replaced with --csl /path/to/your/style.json, if applicable.